Poetry is Alive and Well in Florida

People often say that poetry is dead, but these four Florida authors prove that poetry is very much alive and well. P. Scott Cunningham explores contradiction and revelation in Ya Te Veo, remixing everything from Garth Brooks to Wu-Tang Clan. The poems in Steve Kronen’s Homage to Mistress Oppenheimer tackle the spaces between science and God, between the apocalyptic and the everyday. Mia Leonin’s Fable of the Pack-Saddle Child traces the story of Micaela, who finds enchantment and redemption in the written word. In Alphalexia, Barbra Nightingale meditates on the pleasures and playfulness of the alphabet. 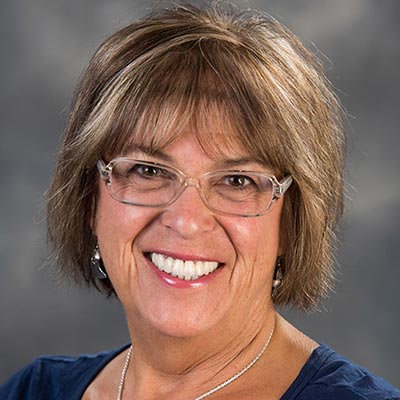 Barbra Nightingale
Barbra Nightingale's poems have appeared in many journals and anthologies, such as Rattle, Narrative Magazine (Poem of the Week), Gargoyle, Barrow Street, The Georgetown Review, CRIT Journal, and many others, and in several national anthologies including City of Big Shoulders, The Liberal Media Made Me Do It, Florida in Poetry, Tigertail, and Glass Bottom Sky. Barbra Nightingale is a professor emeritus from Broward College (Ft. Lauderdale), and Advisor Emeritus from Phi Theta Kappa. Her latest collection, Alphalexia! (Finishing Line Press) is a romp through the alphabet like you never imagined. Each poem is a meditation on a letter, all 26 of them! This book digs words out of the dark and brings them to light in a playful, even joyous fashion, for the mere pleasure of sound, and the taste of words on the tongue. 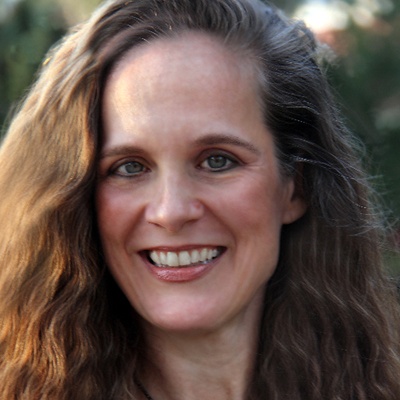 Mia Leonin
Mia Leonin is the author of Unraveling the Bed, and a memoir, Havana and Other Missing Fathers. Leonin's poetry has been published in New Letters, Guernica, Prairie Schooner, Alaska Quarterly Review, Indiana Review, Witness, River Styx, Chelsea, and others. Leonin has been awarded fellowships from the State of Florida Department of Cultural Affairs and grants from the Barbara Deming Memorial Fund. She is the author of Fable of the Pack-Saddle Child (BkMk Press at the University of Missouri-Kansas City), an illustrated book-length poem for adult readers steeped in the world of Micaela, a ten-year old, who lives in an unnamed, Spanish-speaking city by the sea. Seeking emotional refuge after a traumatic assault, Micaela withdraws from the world of adults, almost losing her burgeoning sense of self. But she becomes enchanted by language, beginning with the tilde that sits atop the Spanish letter Ñ, and her new love of the written word helps her find redemption in surprising places. 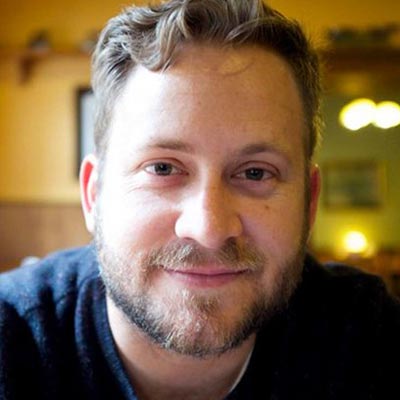 P. Scott Cunningham
P. Scott Cunningham’s poems, essays, and translations have appeared in Harvard Review, The Awl, POETRY, A Public Space, RHINO, Los Angeles Review of Books, Tupelo Quarterly, Monocle, and The Guardian. He lives in Miami, Florida, where he serves as the director of O, Miami and the editor of Jai-Alai Books. His debut collection of poetry, Ya Te Veo (University of Arkansas Press) was a finalist for the 2018 Miller Williams Poetry Prize. Ya Te Veo takes as its title the name of a mythical tree that eats people. Like the branches of that tree, the poems in this book seem to capture and nourish themselves on a diverse cast of would-be passers-by, drawing their life-force from the resulting synthesis of characters. Among the seized are poets and painters alongside musicians from Garth Brooks to Wu-Tang Clan to the composer Morton Feldman, whose mysterious personality serves as a backdrop in many poems for meditations on intimacy, ethics, and anxiety. As the phrase “ya te veo” (“I see you”) implies, this is a book interested in revealing what we think is hidden, in questioning the gap inside all of us, a gap between what we feel and what we say and do, making space for our many contradictions. 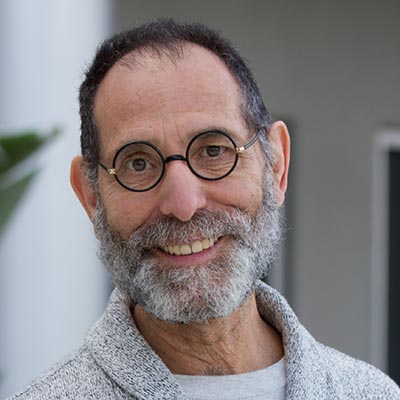 Steve Kronen
Steve Kronen's previous collections are Splendor and Empirical Evidence. His work has appeared in The New Republic, Poetry, The American Scholar, AGNI, The American Poetry Review, Little Star, The Georgia Review, Ploughshares, Slate, The Yale Review, the New Statesman, The Paris Review, Poetry Daily, The Threepenny Review, and elsewhere. He is a librarian in Miami. Homage to Mistress Oppenheimer (Eyewear Publishing) is a collection that hangs in the balance--between the apocalyptic and the everyday, fate and choice, love and death. Like nuclear fission itself, these poems transmute themselves, taking on the forms of twisted sestinas and transformational terza rima to take on the constant movement of their subject matter: the business of being a person with an awareness of both science and God. At once poignant, funny, and distortedly original, this collection is unmissable.