Screenwriting Inside Out with Julia Solomonoff 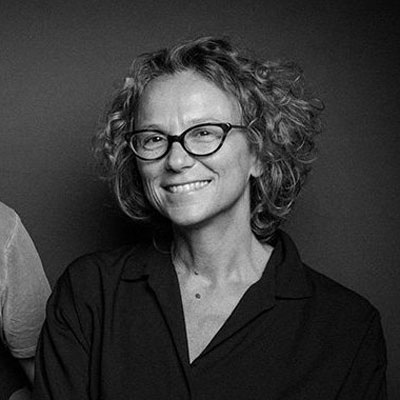 Format: A healthy mix of lecture and workshop, viewing clips, analyzing scenes from screenplays, and creating a scene with dramatic tension.

An Argentine writer/director living in New York, Julia Solomonoff’s feature films include “Hermanas” (Toronto 2005, Sundance Lab and Berlinale Campus), “The Last Summer of la Boyita” (produced by Almodovar, winner of over 20 international awards), and “Nobody’s Watching,” Best Actor Award at Tribeca Film Festival 2017. For TV, she directed the documentary series “Paraná, biography of a river,” the mockumentary “Chin Chon Fan,” and the fiction “The Suitor“ (NEA grant, aired on PBS). Her short films received awards from DGA, FIPRESCI and a regional Academy Award Nomination. Her producing credits include: “Zama,” “Pendular,” “Found Memories,” “Cocalero,” “Everybody has a Plan,” and “The Third Bank of the River.” Her films are part of MoMA’s permanent collection and were featured in a Lincoln Center retrospective. A Fulbright grantee, Solomonoff holds an MFA from Columbia University, where she taught Film Directing for six years. She now teaches at NYU Tisch School of the Arts.

Hotels Near the Fair