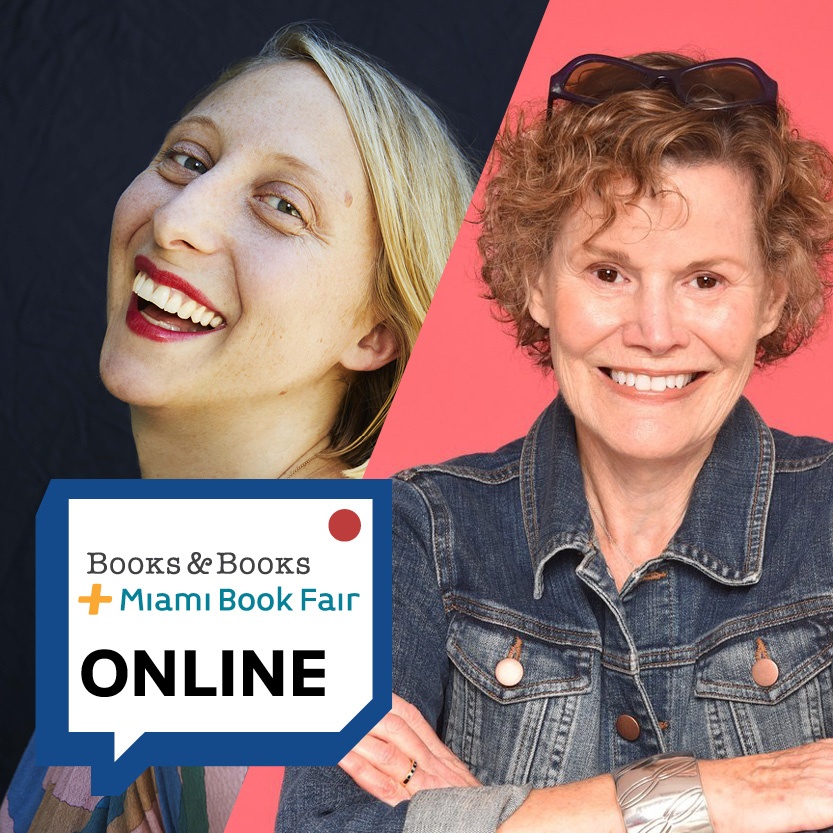 Emma Straub and her husband own Books Are Magic, an independent bookstore in Brooklyn, New York. Four years ago, Judy Blume and her husband, George Cooper, longing for a bookstore in Key West where they live, founded the independent, non-profit Books & Books @ The Studios. Tonight, the two writers turned booksellers sit down to chat about the delights and challenges of their craft, the state of indie bookselling during a pandemic and how reading is essential now more than ever. All Adults Here, Emma’s warm, funny and keenly perceptive new novel, about the life cycle of one family, takes center stage.

About the Book: When Astrid Strick witnesses a school bus accident in the center of town, it jostles loose a repressed memory from her young parenting days decades earlier. Suddenly, Astrid realizes she was not quite the parent she thought she’d been to her three, now-grown children. But to what consequence?

Astrid’s youngest son is drifting and unfocused, making parenting mistakes of his own. Her daughter is pregnant yet struggling to give up her own adolescence. And her eldest seems to measure his adult life according to standards no one else shares. But who gets to decide, so many years later, which long-ago lapses were the ones that mattered? Who decides which apologies really count? It might be that only Astrid’s thirteen-year-old granddaughter and her new friend really understand the courage it takes to tell the truth to the people you love the most.

In All Adults Here, Emma Straub’s unique alchemy of wisdom, humor, and insight come together in a deeply satisfying story about adult siblings, aging parents, high school boyfriends, middle school mean girls, the lifelong effects of birth order, and all the other things that follow us into adulthood, whether we like them to or not.

About Emma: Emma Straub is the New York Times-bestselling author of three other novels The Vacationers, Modern Lovers, Laura Lamont’s Life in Pictures, and the short story collection Other People We Married. Her books have been published in twenty countries. She and her husband own Books Are Magic, an independent bookstore in Brooklyn, New York.

About Judy: Judy Blume is one of America’s most beloved authors. Her 29 titles include Are You There God? It’s Me, Margaret, the five-book series about the irrepressible Fudge, and Forever. She’s been a funny and knowing voice for children and adolescents—particularly for girls and young women—for five decades. Over that time, her work has also widened to encompass the experiences of adult women and men. Her bestselling novels Wifey, Summer Sisters and In the Unlikely Event proved Blume could boldly swim in the waters of both adult and children’s literature.

Together, her books have sold more than 85 million copies in 32 languages, and have been a touchstone for countless young readers, many of whom have been inspired, as grownups, to write their own books. She was awarded the Library of Congress’ Living Legends award in 2000 and the National Book Foundation Medal for Distinguished Contribution to American Letters in 2004.  In 2009, the NCAC honored and paid tribute to Blume’s longstanding defense of free speech and her courageous battles against all kinds of censorship. The American Academy of Arts and Letters awarded her the E.B. White Award for achievement in children’s literature in 2017.  And, in 2018, Blume was presented with the Carl Sandburg Literary Award by the Chicago Public Library Foundation for literary works that have shaped generations and made indelible contributions to literature.