A Virtual Evening with V.E. Schwab and Rebecca Roanhorse 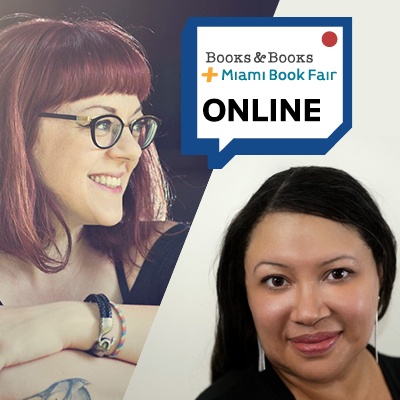 A Life No One Will Remember. A Story You Will Never Forget.

France, 1714: in a moment of desperation, a young woman makes a Faustian bargain to live forever—and is cursed to be forgotten by everyone she meets.

Thus begins the extraordinary life of Addie LaRue, and a dazzling adventure that will play out across centuries and continents, across history and art, as a young woman learns how far she will go to leave her mark on the world.

But everything changes when, after nearly 300 years, Addie stumbles across a young man in a hidden bookstore and he remembers her name.

VICTORIA “V.E.” SCHWAB is the #1 New York Times bestselling author of more than a dozen books, including the acclaimed Shades of Magic series, Villains series, This Savage Song, and Our Dark Duet. Her work has received critical acclaim, been featured in the New York Times, Entertainment Weekly, Washington Post and more, translated into more than a dozen languages, and has been optioned for television and film. When she’s not haunting Paris streets or trudging up English hillsides, she lives in Edinburgh, Scotland and is usually tucked in the corner of a coffee shop, dreaming up monsters.

REBECCA ROANHORSE is the New York Times bestselling author of Trail of Lightning, Storm of Locusts, Star Wars: Resistance Reborn, and Race to the Sun. She has won the Nebula, Hugo, and Locus Awards for her fiction, and was the recipient of the 2018 Astounding (formerly Campbell) Award for Best New Writer. Her forthcoming book, Black Sun, is out in October. She lives in New Mexico with her family.