A Virtual Evening with Chantel Acevedo and Alex Segura 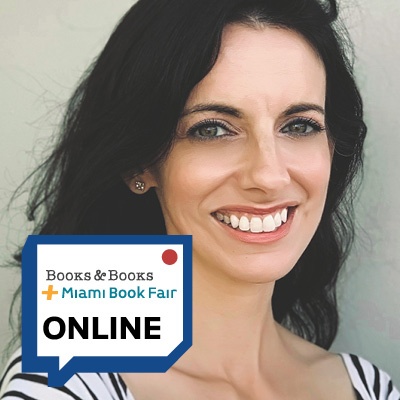 to celebrate the publication of

The first in an action-packed debut middle grade fantasy duology about a Cuban American girl who discovers that she’s one of the nine Muses of Greek mythology. Perfect for fans of The Serpent’s Secret, the Aru Shah series, and the Percy Jackson and the Olympians series.

Callie Martinez-Silva didn’t mean to turn her best friend into a pop star. But when a simple pep talk leads to miraculous results, Callie learns she’s the newest muse of epic poetry, one of the nine Muses of Greek mythology tasked with protecting humanity’s fate in secret. Whisked away to Muse Headquarters, she joins three recruits her age, who call themselves the Muse Squad. Together, the junior muses are tasked with using their magic to inspire and empower—not an easy feat when you’re eleven and still figuring out the goddess within. When their first assignment turns out to be Callie’s exceptionally nerdy classmate, Maya Rivero, the squad comes to Miami to stay with Callie and her Cuban family. There, they discover that Maya doesn’t just need inspiration, she needs saving from vicious Sirens out to unleash a curse that will corrupt her destiny.

As chaos erupts, will the Muse Squad be able to master their newfound powers in time to thwart the Cassandra Curse . . . or will it undo them all?

Chantel Acevedo was born in Miami to Cuban parents. She is the acclaimed author of adult novels such as The Distant Marvels, which was a finalist for the 2016 Andrew Carnegie Medal for Excellence in Fiction, and she is also a Professor of English at the University of Miami, where she directs the MFA Program. Muse Squad: The Cassandra Curse is her debut middle grade novel. Chantel lives with her personal Muse Squad, a.k.a. her family, in Florida.

Alex Segura is an acclaimed writer of novels, comic books, and podcasts. He is the author of the upcoming Star Wars Poe Dameron: Free Fall novel, the Pete Fernandez Mystery series (including the the Anthony Award-nominated crime novels Dangerous Ends, Blackout, and Miami Midnight), and a number of comic books, most notably the superhero noir The Black Ghost, the YA music series The Archies, and the “Archie Meets” collection of crossovers, featuring real-life cameos from the Ramones, B-52s, and more. He is also the co-creator/co-writer of the Lethal Lit crime/YA podcast from iHeart Radio, which was named one of the best podcasts of 2015 by The New York Times. By day he is Co-President of Archie Comics. A Miami native, he lives in New York with his wife and children.