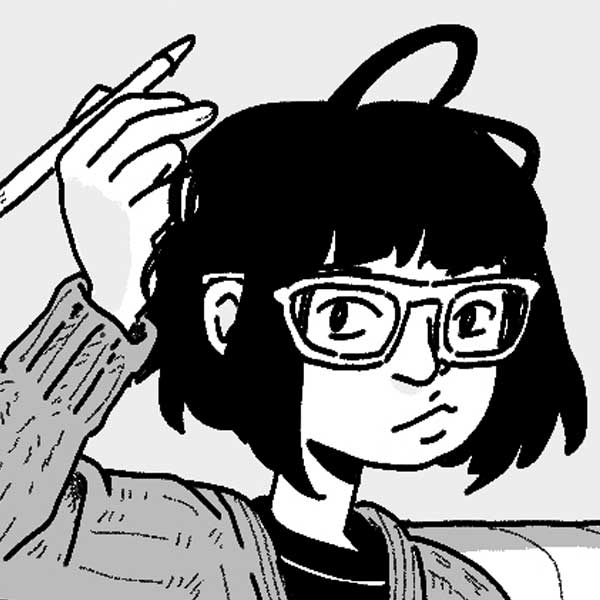 Wendy Xu is an illustrator and comics artist with several upcoming graphic novels to be published by HarperCollins. She is the co-creator of Mooncakes, a young adult fantasy graphic novel published in 2019, and The Infinity Particle, scheduled for 2022. Her work has been featured on Catapult, the B&N Sci-Fi and Fantasy blog, and Tor.com, in Shattered: The Asian American Comics Anthology, and is part of the Chinese American: Exclusion/Inclusion exhibition permanently housed at the Chinese Historical Society of America. Sophie, the protagonist of Xu’s Tidesong (Quill Tree Books), is a young witch whose magic is shaky at best, sent to train with relatives she has never met for her entrance exams to the Royal Magic Academy. They seem more interested in giving Sophie chores than in teaching her magic. Frustrated, she attempts magic on her own, but when a spell goes wrong, she becomes entangled with Lir, a young water dragon. Lir is trapped on land and can’t remember where he came from. With his help, Sophie might just ace her entrance exams, but that means standing in the way of Lir’s attempts to regain his memories. She knows that what she’s doing is wrong. Can she prove herself without Lir’s help?