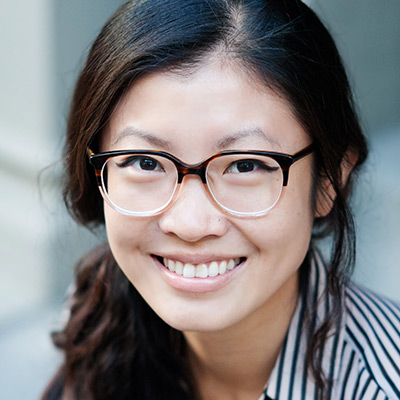 (Wang, Weike) Weike Wang is a graduate of Harvard University, where she earned her undergraduate degree in chemistry and her doctorate in public health. She received her MFA from Boston University. Her fiction has been published in or is forthcoming from Alaska Quarterly Review, Glimmer Train, The Journal, Ploughshares, Redivider, and SmokeLong Quarterly. Chemistry: A Novel (Knopf) is her first book, a luminous coming-of-age novel about a young female scientist who must recalibrate her life when her academic career goes off track. Three years into her graduate studies at a demanding Boston university, the unnamed narrator finds her one-time love for chemistry is more hypothesis than reality. She’s tormented by her failed research. But there’s another, nonscientific question looming: the marriage proposal from her devoted boyfriend, a fellow scientist, whose path through academia has been relatively free of obstacles, and with whom she can’t make a life before finding success on her own. Eventually, the pressure mounts so high that she must leave everything she thought she knew about her future, and herself, behind. And for the first time, she’s confronted with a question she won’t find the answer to in a textbook: What do I really want?