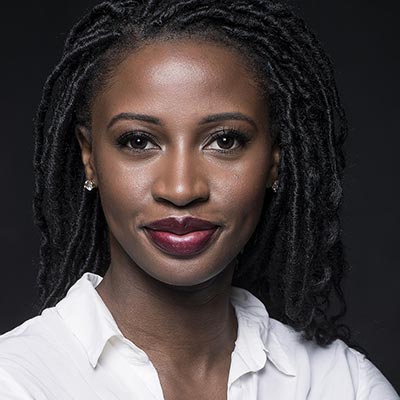 Wayétu Moore is the founder of One Moore Book and is a graduate of Howard University, Columbia University, and the University of Southern California. She teaches at the City University of New York’s John Jay College and lives in Brooklyn. She is the author of She Would Be King (Graywolf Press), a novel of exhilarating range, magical realism, and history―a dazzling retelling of Liberia’s formation. Wayétu Moore’s powerful debut novel, She Would Be King, reimagines the dramatic story of Liberia’s early years through three unforgettable characters who share an uncommon bond. Moore’s intermingling of history and magical realism finds voice not just in these three characters but also in the fleeting spirit of the wind, who embodies an ancient wisdom. “If she was not a woman,” the wind says of Gbessa, “she would be king.” In this vibrant story of the African diaspora, Moore, a talented storyteller and a daring writer, illuminates with radiant and exacting prose the tumultuous roots of a country inextricably bound to the United States. She Would Be King is a novel of profound depth set against a vast canvas and a transcendent debut from a major new author.