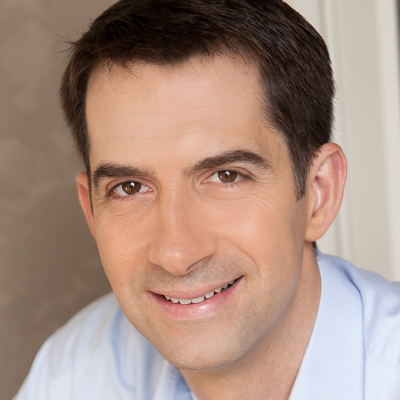 Tom Cotton is a United States Senator from Arkansas. He served in Iraq with the 101st Airborne Division and in Afghanistan with a Provincial Reconstruction Team. Between combat tours, he served with the United States Army’s 3rd Infantry Regiment (“The Old Guard”) at Arlington National Cemetery. His military decorations include the Bronze Star, the Combat Infantryman Badge, and the Ranger Tab. He served one term in the House of Representatives before election to the Senate. He is a graduate of Harvard College and Harvard Law School. An extraordinary journey behind the scenes of Arlington National Cemetery, Senator Tom Cotton’s Sacred Duty (William Morrow) offers an intimate and inspiring portrait of “The Old Guard,” the revered U.S. Army unit whose mission is to honor our country’s fallen heroes on the most hallowed ground in America. Cotton was a platoon leader with the storied 3rd U.S. Infantry Regiment—The Old Guard—between combat tours in Iraq and Afghanistan. America’s oldest active-duty regiment, dating back to 1784, The Old Guard conducts daily military-honor funerals on the 624 rolling acres of Arlington, where generations of American heroes rest. Its soldiers hold themselves to the standard of perfection in sweltering heat, frigid cold, and driving rain. Every funeral is a no-fail, zero-defect mission, whether honoring a legendary general or a humble private. Sacred Duty is an unforgettable testament to the timeless power of service and sacrifice to our nation.