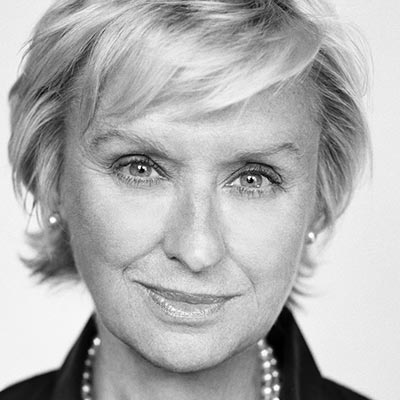 Tina Brown is an award-winning writer and editor and founder of the Women in the World Summit. Between 1979 and 2001 she was the editor of Tatler, Vanity Fair, and The New Yorker. Her 2007 biography of the Princess of Wales, The Diana Chronicles, topped the New York Times bestseller list. In 2008 she founded The Daily Beast, which won the Webby Award for Best News Site in 2012 and 2013. Queen Elizabeth honored her in 2000 as a Commander of the Order of the British Empire (CBE) for her services to overseas journalism, and in 2007 she was inducted into the U.S. Magazine Editors’ Hall of Fame. The Vanity Fair Diaries: Power, Wealth, Celebrity, and Dreams: My Years at the Magazine That Defined a Decade (Picador) is the story of an Englishwoman barely out of her twenties who arrives in New York City with a dream. Summoned from London in hopes that she can save Condé Nast’s troubled new flagship Vanity Fair, Tina Brown is immediately plunged into the maelstrom of the competitive New York media world and the backstabbing rivalries at the court of the planet’s slickest, most glamour-focused magazine company. She survives the politics, the intrigue, and the attempts to derail her by a simple stratagem: succeeding. In the face of rampant skepticism, she triumphantly reinvents a failing magazine. Astute, open-hearted, often riotously funny, Tina Brown’s The Vanity Fair Diaries is a compulsively fascinating and intimate chronicle of a woman’s life in a glittering era.