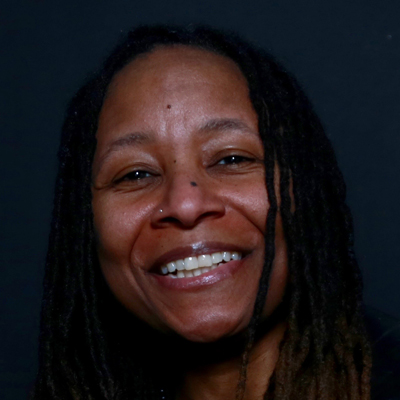 t’ai freedom ford is a New York City high school English teacher and Cave Canem Fellow. Her poetry, fiction, and essays have appeared in the African American Review, Apogee, Bomb Magazine, Calyx, Drunken Boat, Electric Literature, Gulf Coast, Kweli, Obsidian, Poetry, Tin House, and others. Her work has also been featured in several anthologies including The BreakBeat Poets: New American Poetry in the Age of Hip-Hop and Nepantla: An Anthology Dedicated to Queer Poets Of Color. Her first collection, how to get over, won the 2015 To the Lighthouse Poetry Prize, published by Red Hen Press. In 2018, she won a Face Out Emerging Writers Award from the Community of Literary Magazines & Presses. t’ai freedom ford’s second collection of poems, & more black (Augury Press), is direct, ingenious, vibrant, alive, queer, & BLACK. By turns tough and sexy, wrapped up in the evolving language and sonics of life, these poems take their cue from Wanda Coleman’s American Sonnets as they rhapsodize and dialogue with artists such as Carrie Mae Weems, Glenn Ligon, and Wangechi Mutu, along with many other musicians, artists, and writers. The kinetic energy of ford’s words leap off the page in rebellious, stunning, and revelatory fashion—poems that mesmerize with sheer velocity and telling pauses.