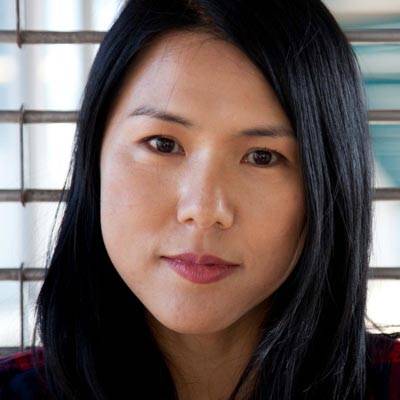 Suki Kim is the author of the award-winning novel The Interpreter and the recipient of Guggenheim, Fulbright, and Open Society fellowships. She has been traveling to North Korea as a journalist since 2002, and her essays and articles have appeared in the New York Times, Harper’s, and the New York Review of Books. Her latest book is Without You, There Is No Us: My Time with the Sons of North Korea’s Elite (Crown), a haunting memoir of teaching English to the sons of North Korea’s ruling class during the last six months of Kim Jong-il’s reign at the all-male Pyongyang University of Science and Technology (PUST), a walled compound where portraits of Kim Il-sung and Kim Jong-il look on impassively from the walls of every room. In a starred review, Publishers Weekly wrote that this is an “…extraordinary and troubling portrait of life under severe repression… [Kim’s] account is both perplexing and deeply stirring.”