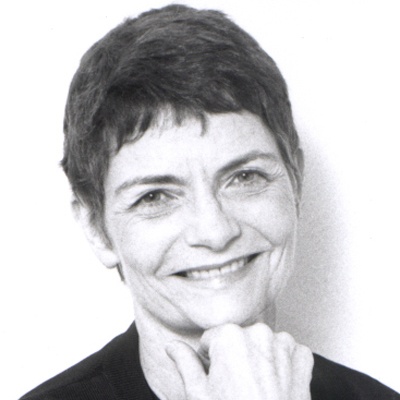 Stephanie Strickland was born in Detroit. She earned a BA at Harvard University, an MFA at Sarah Lawrence College, and an MS at Pratt Institute. She is the author of numerous poetry books, including Dragon Logic (2013), Zone : Zero (2008), True North (1997), and Give the Body Back (1991). She edited What’s Become of Eden: Poems of Family at Century’s End (1994) and coedited, with Anneliese Wagner, River Poems (1992). Strickland’s poetry was included in Best American Poetry 2013, edited by Denise Duhamel. To the question posed, to Job, as obviously unanswerable–have you seen to the edge of the universe?– Strickland’s poems answer, we can, we have. Strickland probes the shape-shifting (reformatted) body and tests our changing (reconfigured) capability of caring for others as she expresses grief for historic, mystic, and mythic women; for women who burn, in space, at the stake, and as they sweep; for her mother and only daughter. Job is asked, Where is the road to light? In these poems collected in How the Universe is Made: New and Selected Poems 1985-2019 (Ahsahta Press) gathered from a lifetime of writing open to history, to code, to mathematics and matter as these translate each other, an abundance of pointers: no road that is not a road to light.