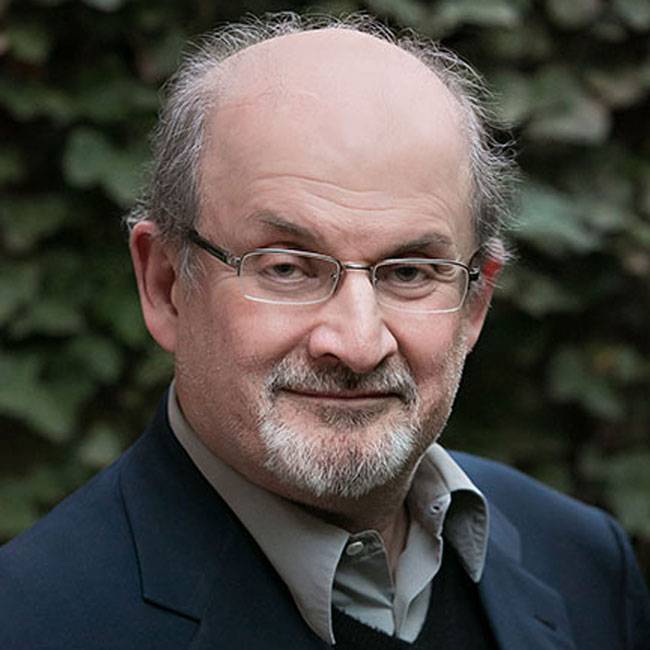 Salman Rushdie is the author of 12 novels, four works of non-fiction, and collection of stories. His books have been translated into over forty languages. His multitude of awards and recognitions include the Man Booker Prize, two Whitbread Prizes for Best Novel, Author of the Year Prizes in both Britain and Germany, the James Joyce award of University College Dublin, knighthood by Queen Elizabeth, and a ranking as number 13 in the London Times list of “The 50 Greatest British writers since 1945.”  He holds honorary doctorates and fellowships at six European and six American universities, is an Honorary Professor in the Humanities at M.I.T, and University Distinguished Professor at Emory University. Rushdie’s latest novel, Two Years Eight Months and Twenty-Eight Nights (Random House), blends history, mythology, and a timeless love story to bring alive a world – our world – that has been plunged into an age of unreason. Inspired by 2,000 years of storytelling tradition yet rooted in the concerns of our present moment, it is a breathtaking achievement and an enduring testament to the power of the imagination.