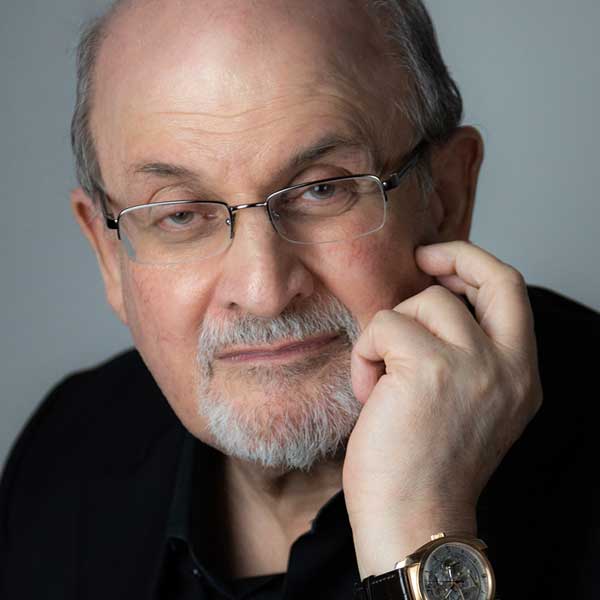 Salman Rushdie is the author of 14 novels, including Midnight’s Children, for which he won the Booker Prize and the Best of the Booker; The Satanic Verses: A Novel; and The Moor’s Last Sigh. He also authored a collection of short stories, four works of nonfiction, including The Jaguar Smile: A Nicaraguan Journey and Imaginary Homelands: Essays and Criticism 1981-1991, and co-edited two anthologies, Mirrorwork: 50 Years of Indian Writing 1947-1997 and The Best American Short Stories 2008. Languages of Truth: Essays 2003-2020 (Random House) is a collection of Rushdie’s nonfiction, essays, criticism, and speeches that focus on his relationship with the written word. He delves into the nature of storytelling as a human need and what emerges is a love letter to literature. He explores what the work of authors from Shakespeare and Cervantes to Samuel Beckett, Eudora Welty, and Toni Morrison means to him, whether on the page or in person. He ponders the nature of “truth,” revels in the malleability of language, and looks anew at migration, multiculturalism, and censorship. Languages of Truth chronicles Rushdie’s intellectual engagement with a period of momentous cultural shifts. Kirkus noted how the thematically wide-ranging pieces were “unified by his commitment to artistic freedom and his adamant opposition to censorship in any form. … Engagingly passionate, and endlessly informative: a literary treat.”