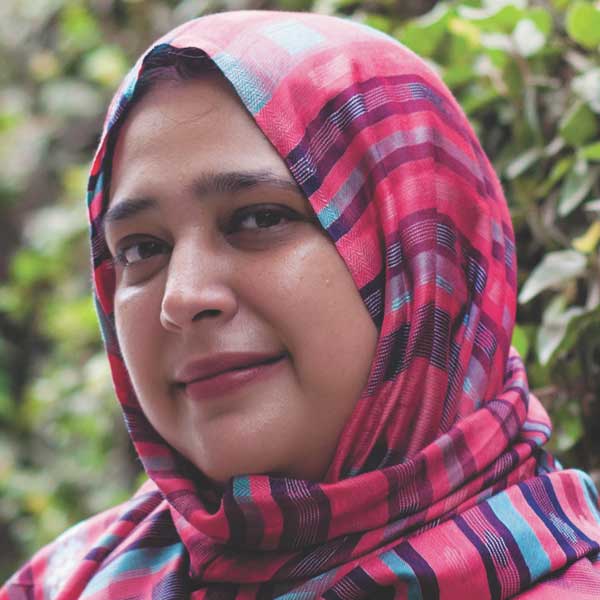 Saadia Faruqi is a Pakistani American writer, interfaith activist, and cultural-sensitivity trainer, and the author of the early-reader Yasmin series and A Thousand Questions. In Yusuf Azeem Is Not a Hero (Quill Tree Books), the title character is almost 12 and excited to start middle school. He has spent all his life in the small town of Frey, Texas, and nearly that long waiting for the chance to participate in the regional robotics competition, which he just knows he can win. His father is the beloved owner of the local dollar store, but the upcoming 20th anniversary of the 9/11 terrorist attacks has everyone in his Muslim community on edge. With “Never Forget” banners everywhere, the appearance of a group calling themselves The Patriot Sons, and protests about the new mosque, Yusuf realizes that the country’s anger from two decades ago hasn’t gone away. Can he hold onto his joy – and his friendships – in the face of heartache and prejudice? Kirkus called it a “timely, emotional story full of hope and love even in the face of discrimination and prejudice.”