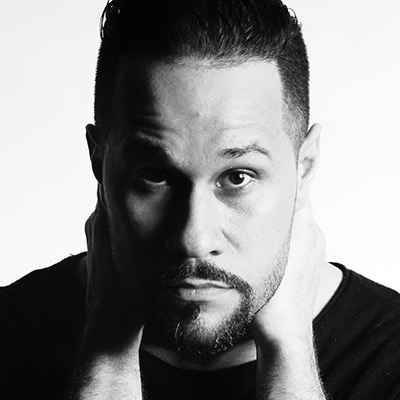 (Goblen, Rudi) Rudi Goblen is a writer, dancer, actor, and music producer. Goblen is also known as an acclaimed B-Boy. Alongside his award winning crew Flipside Kings, he has toured internationally, competing, adjudicating, and teaching since 1994. He is a recipient of the Future Aesthetics Artist Re-grant (FAAR) funded by the Ford Foundation in conjunction with the Future Aesthetics Cohort, and the Miami-Dade County’s Choreographers Fellowship. Goblen has released 4 instrumental albums and is currently the Assistant Director/Spoken Word coach for Piano Slam, a poetry writing competition that asks students to compose works of poetry inspired by their reactions to a selection of music. Goblen’s book A Bag of Halos and Horns is combines poetry/short stories/artwork.