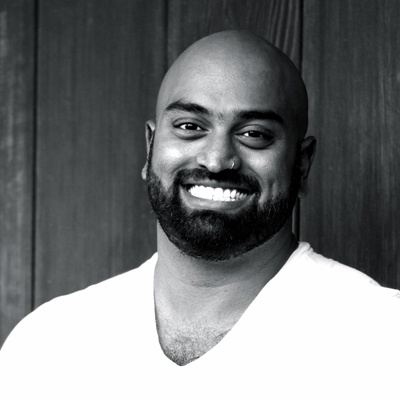 Rajiv Mohabir is the award-winning author of the poetry collections The Taxidermist’s Cut and The Cowherd’s Son. His awards include the Kundiman Poetry Prize, the 2015 AWP Intro Journals award, and a PEN/Heim Translation Fund Grant. His poetry and translations appear internationally in Best American Poetry 2015, Quarterly West, Guernica, Prairie Schooner, Crab Orchard Review, Drunken Boat, Poetry Magazine and many other places. He received his MFA in Poetry and Translation from Queens College, CUNY, a PhD in English from the University of Hawai`i, and works as an Assistant Professor at Auburn University in Alabama.In I Even Regret Night: Holi Songs of Demerara (Kaya Press) award-winning Indo-Caribbean poet Rajiv Mohabir (The Cowherd’s Son) brings his own poetic swagger and family history to a groundbreaking translation of Lalbihari Sharma’s Holi Songs of Demerara, originally published in Guyana in 1916–the only known literary work written by an indentured servant in the Anglophone Caribbean. A major historical and literary discovery, I Even Regret Night: Holi Songs of Demerara gives us first-hand insight into the emotional lives of the indentured servants that the British brought from India to the Caribbean in the late 1800s. Mohabir, whose own ancestors were contracted for work in Guyana in 1885 and 1890, allows his knowledge of the language, culture and folk structures Sharma was working with to infuse the poetry and in a powerful Translator’s Note, turns this collection into a major stand against the erasure of this often-overlooked community.