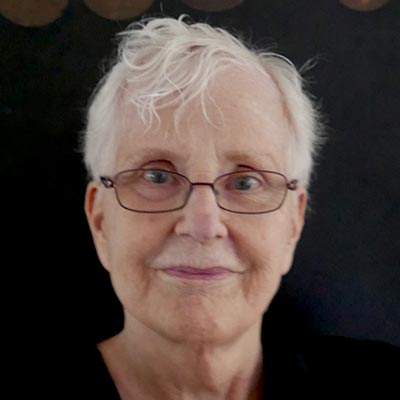 Rae Armantrout holds a bachelor’s degree from the University of California, Berkeley, and a master’s degree in creative writing from San Francisco State University. She has published numerous books of poetry, including Partly: New and Selected Poems, 2001–2015; Itself ; Versed, which won the Pulitzer Prize in 2010; Next Life, selected by the New York Times as one of the most notable books of 2007; Up to Speed, a finalist for the PEN Center USA Award in Poetry; Veil: New and Selected Poems, also a finalist for the PEN Center USA Award; Made To Seem; and The Invention of Hunger. Part of the first generation of Language poets on the West Coast, her work has been praised for syntax that borders on everyday speech while grappling with questions of deception and distortion in both language and consciousness.