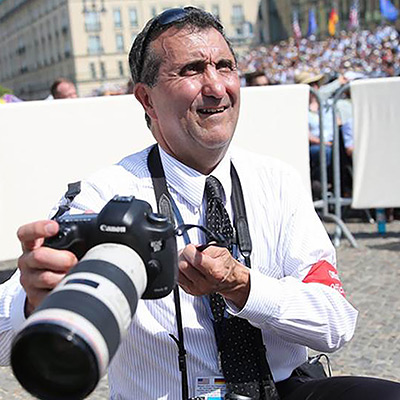 (Souza, Pete) Pete Souza was the Chief Official White House Photographer for President Obama and the Director of the White House Photo Office. Previously Souza was an Assistant Professor of Photojournalism at Ohio University, the national photographer for the Chicago Tribune, a freelancer for National Geographic, and an Official White House Photographer for President Reagan. His books include the New York Times bestseller The Rise of Barack Obama, which documents the president’s meteoric ascent from his first day in the United States Senate through the 2008 Pennsylvania presidential primary. Souza is currently a freelance photographer based in Washington, D.C. Obama: An Intimate Portrait (Little, Brown and Company) reproduces Souza’s most iconic photographs in exquisite detail, more than three hundred in all. Some have never been published. These photographs document the most consequential hours of the Presidency—Including the historic image of President Obama and his advisors in the Situation Room during the bin Laden mission—alongside unguarded moments with the President’s family, his encounters with children, interactions with world leaders and cultural figures, and more. The result is a portrait of exceptional intimacy and a stunning record of a landmark era in American history.