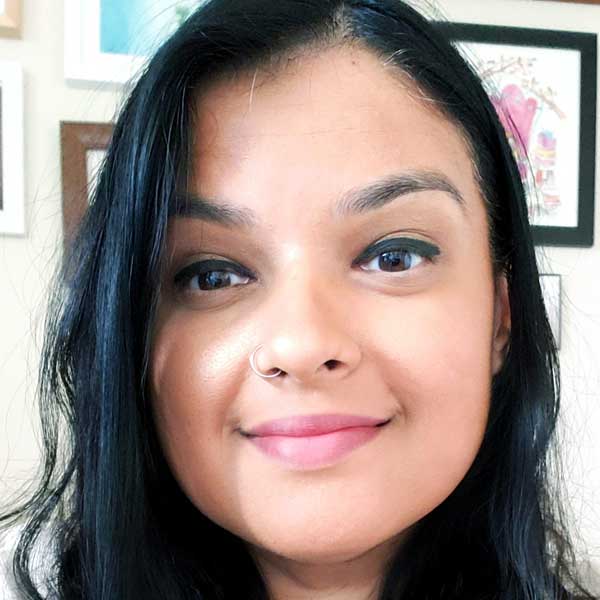 Nidhi Chanani was born in Kolkata, India, and raised in California. She is the author of the graphic novel Pashmina; Shubh Raatri Dost/Good Night Friend, a bilingual board book; and illustrator of the picture book I Will Be Fierce. Her illustrations are often featured at Disney Parks. In time-travel adventure Jukebox (First Second), Shaheen’s father abruptly disappears, and the only clues about what happened are a mysterious jukebox, old vinyl records, and cryptic notes on music history. Then Shaheen turns on the jukebox – and it pulls her and cousin Tannaz to the era of the record playing. As the jukebox sends them through decade after decade of music history, from political marches to landmark concerts, the question remains: Can they find Shaheen’s dad before the music stops? Publishers Weekly celebrated the book as possessing “a rich color palette, vivid historical details, and funny rapport between the cousins … Chanani writes a love letter to music through the decades, visually twining the albums with important historical events.”