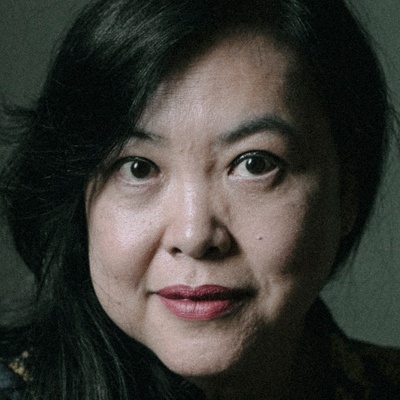 Monique Truong is the author of the novels The Book of Salt and Bitter in the Mouth. Born in Saigon, South Vietnam, Truong identifies herself as a former refugee, essayist, avid eater, lyricist/librettist, and intellectual property attorney — in that order, she notes. Truong’s The Sweetest Fruits (Viking) is an ingenious retelling in novel form of the many lives of Greek-Irish globetrotting writer Lafcadio Hearn, through the voices of the women who knew him best, and who, in telling his story, testify to their own remarkable journeys. A Greek woman talks about escaping her father’s house, marrying an Irish officer in the British Army, coming to Ireland with her two-year-old son, only to be forced to leave without him soon after. An African-American woman, born into slavery, makes her way to Cincinnati after the Civil War to work as a boarding house cook, where she meets and marries an up-and-coming newspaper reporter. In Matsue, Japan, in 1891, a former samurai’s daughter is introduced to a newly arrived English teacher, and becomes the mother of his four children and his unsung literary collaborator. Hearn is best known for his books about Meiji-era Japan. Each woman is a gifted storyteller, and their accounts witness Hearn’s remarkable life but also their own luminous will to live unbounded by gender, race, and the mores of their time. In a starred review Publishers Weekly called The Sweetest Fruits “[A] remarkable novel about love, the power of memory, and betrayal . . . Truong […] inhabits each of these three women brilliantly. [Her] command of voice and historical knowledge brings the stories of these remarkable women to life.”