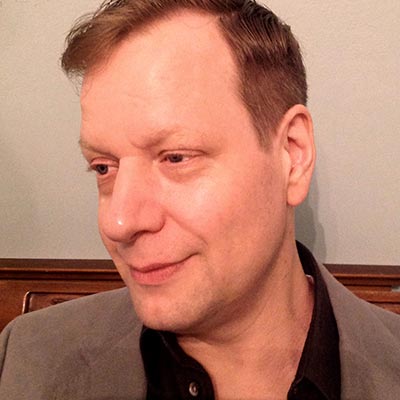 Michael Kupperman’s comic drawings and strips have appeared in dozens of publications including The New Yorker, Fortune, The New York Times, Nickelodeon Magazine, Forbes, Fast Company, Esquire, Heavy Metal, and McSweeney’s; comic books for DC, Marvel, and others; and been collected in multiple books, including five of his own. They’ve also been animated for Saturday Night Live, Adult Swim, and Comedy Central. Conan O’Brian described him as “probably one of the greatest comedy brains on the planet.” He is the author of All The Answers (Gallery 13). In this moving graphic memoir, Eisner Award-winning writer and artist Michael Kupperman traces the life of his reclusive father—the once-world-famous Joel Kupperman, Quiz Kid. Joel Kupperman became one of the most famous children in America during World War II as one of the young geniuses on the series Quiz Kids. With the uncanny ability to perform complex math problems in his head, Joel endeared himself to audiences across the country and became a national obsession. Following a childhood spent in the public eye, only to then fall victim to the same public’s derision, Joel deliberately spent the remainder of his life removed from the world at large. With wit and heart, Michael Kupperman presents a fascinating account of mid-century radio and early television history, the pro-Jewish propaganda entertainment used to counteract anti-Semitism, and the early age of modern celebrity culture.