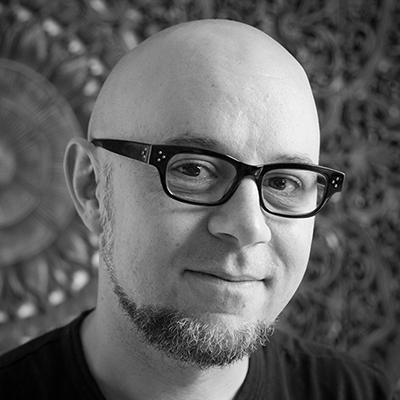 Michael Dante DiMartino is co-creator and executive producer of the Avatar series and the author of Rebel Genius. The Rise of Kyoshi (Harry N. Abrams), the first young adult novel written by Yee and DiMartino in the Kyoshi Novels series, explores the origin of Avatar Kyoshi, born in the Earth Kingdom, one of the four nations of the Avatar world, each matched to one of the classic elements. It tells of her creation of the respected Kyoshi Warriors, and also her founding of the secretive Dai Li, which ultimately led to the downfall of the Earth Kingdom. The first of two novels based on Kyoshi, The Rise of Kyoshi maps her journey from a girl of humble origins to the merciless pursuer of justice who is still feared and admired centuries after she became the Avatar. Entertainment Weekly called The Rise of Kyoshi “a stunning revitalization of Avatar storytelling that uses the Young Adult novel format to explore new depths within its world, exploring the internal mental state of element-bending and developing a compelling same-sex romance. […] One of the most interesting tidbits was the revelation of Kyoshi’s bisexuality. Just as The Rise of Kyoshi explains how the Earth Kingdom Avatar learned to fight with fans while wearing kabuki makeup, it also explores her first experience of falling in love with another woman.”