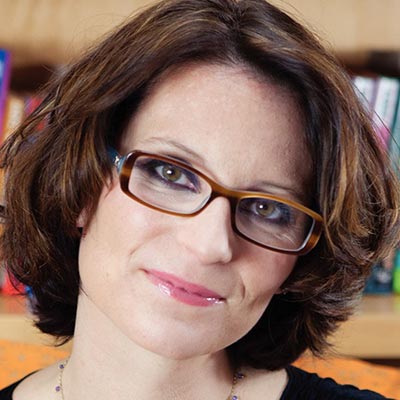 Meg Cabot is the #1 New York Times-bestselling author of the beloved and critically acclaimed Princess Diaries books, which were made into wildly popular Disney movies of the same name. There have been over 25 million copies of Meg’s books for both adults and teens/tweens sold in 38 countries. Her last name rhymes with habit, as in “her books can be habit-forming.” Royal Crown: From the Notebooks of a Middle-School Princess (Feiwel & Friends) is her latest book. Olivia Grace Clarisse Mignonette Harrison should be having fun. Her best friend is visiting from America, her sister’s royal coronation is only three days away (the first coronation of a female ruler in two centuries), and she’s even got a new boyfriend who is actually a very smart and charming prince! But it’s hard to celebrate when her royal cousins are scheming to take over the throne. And with everyone running around, Olivia and her friends have been saddled with royal babysitting duties. When did growing up royal get so complicated?!?