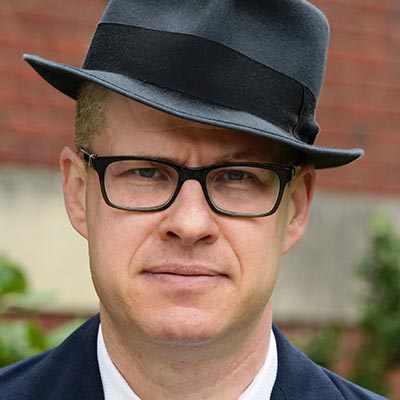 Max Boot is a Senior Fellow at the Council on Foreign Relations, a columnist for the Washington Post, and a global affairs analyst for CNN. He is the author of The Road Not Taken: Edward Lansdale and the American Tragedy in Vietnam (Liveright). In this epic biography of Edward Lansdale (1908– 1987), the man said to be the fictional model for Graham Greene’s The Quiet American, best-selling historian Max Boot demonstrates how Lansdale pioneered a “hearts and mind” diplomacy, first in the Philippines, then in Vietnam. It was a visionary policy that, as Boot reveals, was ultimately crushed by America’s giant military bureaucracy, steered by elitist generals and blueblood diplomats who favored troop build-ups and napalm bombs over winning the trust of the people. In The Corrosion of Conservatism: Why I Left the Right (Liveright), the political commentator recounts his extraordinary journey from lifelong Republican to vehement Trump opponent. No longer a Republican, but also not a Democrat, Boot here records his ideological journey from a “movement” conservative to a man without a party, beginning with his political coming-of-age as a young émigré from the Soviet Union, enthralled with the National Review and the conservative intellectual tradition of Russell Kirk and F. A. Hayek. Against this personal odyssey, Boot simultaneously traces the evolution of modern American conservatism, jump-started by Barry Goldwater’s canonical The Conscience of a Conservative, to the rise of Trumpism and its gradual corrosion of what was once the Republican Party.