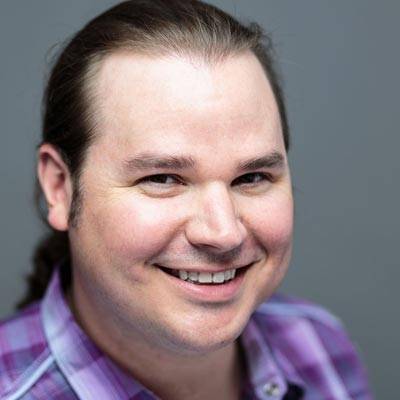 Matthew Holm was born and raised in the suburbs of Philadelphia, Pennsylvania, and has been drawing comics since he was in middle school. With his three-time Newbery Honor-winning sister, Jennifer, Matthew, he created the graphic novel series Babymouse and Squish. The latest from the brother and sister team is the graphic children’s novel, Sunny Side Up (Scholastic), which follows the lives of kids whose older brother’s delinquent behavior has thrown their family into chaos. In its starred review, Kirkus Reviews calls the story, “Funny, poignant, and reassuringly upbeat.”