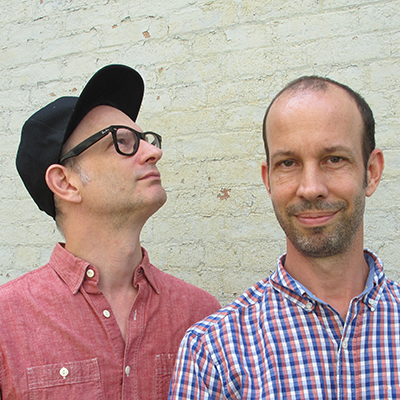 The Lee Brothers, Matt Lee and Ted Lee are the authors of several bestselling cookbooks: Charleston Kitchen, Southern Cookbook, and Simple Fresh Southern. They have written for The New York Times, Food & Wine, Travel + Leisure, The New York Times Magazine, Gourmet, Saveur, and other publications, and have appeared on many TV shows, including Anthony Bourdain’s No Reservations and The Today Show. They have won six James Beard and IACP Awards. In Hotbox: Inside Catering, the Food World’s Riskiest Business (Henry Holt and Co.), Matt Lee and Ted Lee take on the competitive, wild world of high-end catering, exposing the secrets of a food business few home cooks or restaurant chefs ever experience. Hotbox reveals the real-life drama behind cavernous event spaces and soaring white tents, where cooking conditions have more in common with a mobile army hospital than a restaurant. Known for their modern take on Southern cooking, the Lee brothers steeped themselves in the catering business for four years, learning the culture from the inside-out. It’s a realm where you find eccentric characters, working in extreme conditions, who must produce magical events and instantly adapt when, for instance, the host’s toast runs a half-hour too long, a hailstorm erupts, or a rolling rack of hundreds of ice cream desserts goes wheels-up. You’ll never attend a party―or entertain on your own―in the same way after reading this book.