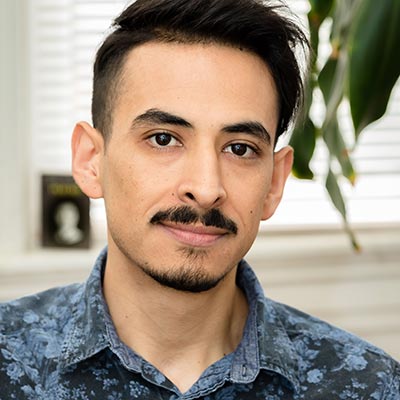 Marcelo Hernandez Castillo was born in Mexico and immigrated to the United States at age five through the mountains of Tijuana. He is a CantoMundo Fellow and is the first undocumented student to graduate from the University of Michigan’s Creative Writing MFA program. He cofounded Undocupoets, for which he was awarded the 2016 Barnes & Noble Writers for Writers Award from Poets & Writers. His poems, essays, and translations have appeared in PBS NewsHour, New England Review, Gulf Coast, Indiana Review, Southern Humanities Review, and BuzzFeed, among others. In Cenzontle (BOA Editions), a highly lyrical, imagistic debut, Marcelo Hernandez Castillo creates a nuanced narrative of life before, during, and after crossing the US/Mexico border. These poems explore the emotional fallout of immigration, the illusion of the American dream via the fallacy of the nuclear family, the latent anxieties of living in a queer brown undocumented body within a heteronormative marriage, and the ongoing search for belonging. Finding solace in the resignation to sheer possibility, these poems challenge us to question the potential ways in which two people can interact, love, give birth, and mourn―sometimes all at once.