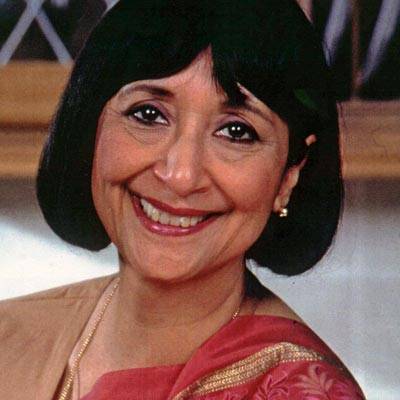 Madhur Jaffrey is the author of many previous cookbooks—seven of which have won James Beard Awards—and was named to the Who’s Who of Food and Beverage in America by the James Beard Foundation. She is the recipient of an honorary CBE from Queen Elizabeth II for her services to drama and promoting the appreciation of Indian food and culture. She is also an award-winning actress, having won the Silver Bear for Best Actress at the Berlin Film Festival, with numerous major motion pictures to her credit. In her latest book, Jaffrey shares the delectable, healthful, vegetable- and grain-based foods enjoyed around the Indian subcontinent, in Vegetarian India: A Journey Through the Best of Indian Home Cooking (Knopf). Jaffrey travels from north to south, and from the Arabian Sea to the Bay of Bengal, collecting recipes for the very tastiest dishes along the way. With more than two hundred recipes, beautifully illustrated throughout, and including personal photographs from Jaffrey’s own travels, Vegetarian India is a kitchen essential for vegetable enthusiasts and home cooks everywhere.