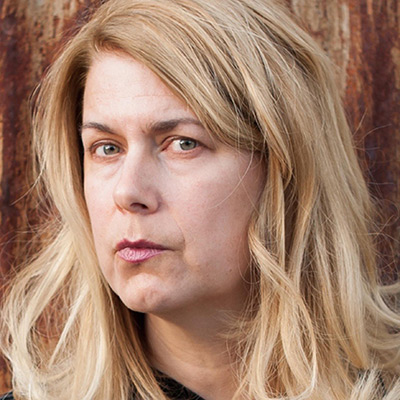 (Millet, Lydia) Lydia Millet is the author of the novels Mermaids in Paradise, Ghost Lights (a New York Times Notable Book), Magnificence (finalist for the National Book Critics Circle Award and the Los Angeles Times Book Prize) and other books. Her story collection Love in Infant Monkeys was a Pulitzer Prize finalist. Her latest book, Sweet Lamb of Heaven: A Novel (W.W. Norton and Company) has been nominated for the National Book Award for Fiction: Blending domestic thriller and psychological horror, this compelling page-turner follows a mother fleeing her estranged husband. Sweet Lamb of Heaven is a first-person account of a young mother, Anna, fleeing her cold and unfaithful husband, a businessman who’s just launched his first campaign for political office. When Ned chases Anna and their six-year-old daughter from Alaska to Maine, the two go into hiding in a run-down motel on the coast. But the longer they stay, the less the guests in the dingy motel look like typical tourists―and the less Ned resembles a typical candidate. As his pursuit of Anna and their child moves from threatening to criminal, Ned begins to alter his wife’s world in ways she never could have imagined.