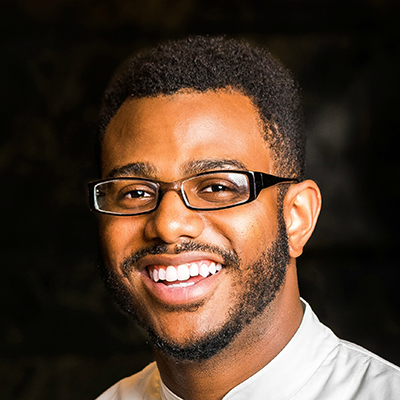 Kwame Onwuachi is the James Beard Award-winning executive chef at Kith/Kin and owner of the Philly Wing Fry franchise in Washington, D.C. Trained at the Culinary Institute of America, Onwuachi is a former Top Chef contestant. He has been named one of Food & Wine’s Best New Chefs and is a 30 Under 30 honoree by both Zagat and Forbes. In his memoir Notes from a Young Black Chef, Kwame Onwuachi tells an extraordinary tale. Born on Long Island and raised in the Bronx; he was sent to rural Nigeria by his mother to “learn respect.” Still, after coming back, he fell with the wrong crowd — but was saved by his love of cooking and food. He embarked on a new beginning as a chef on board a Deepwater Horizon cleanup ship, the bottom of the culinary food chain. From this modest start to working at some of the best restaurants in the world, Onwuachi was forced to grapple with just how unwelcoming the world of fine dining can be for people of color. Notes from a Young Black Chef is a heartfelt, and shockingly honest story of chasing your dreams—even when they don’t turn out as you expected—The Washington Post says  “Onwuachi’s memoir should be required reading, not just for future chefs, but for anyone who wants a glimpse into one man’s tale of what it’s like to be young, black and ambitious in America.”