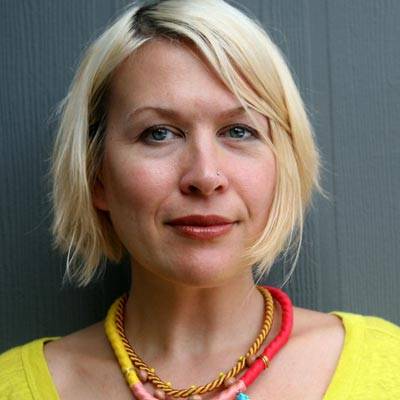 Kate Schatz is a writer, editor, and educator. Her book of fiction, Rid of Me: A Story, was published in 2006 on Continuum Press as part of the acclaimed 33 1/3 series. Her writing has been published in Oxford American, Denver Quarterly, Joyland, and West Branch, among others. Rad American Women A-Z: Rebels, Trailblazers, and Visionaries who Shaped Our History . . . and Our Future! (City Lights Publishers), illustrates the alphabet—but instead of “A is for Apple”, A is for Angela—as in Angela Davis, the iconic political activist. B is for Billie Jean King, who shattered the glass ceiling of sports; C is for Carol Burnett, who defied assumptions about women in comedy; D is for Dolores Huerta, who organized farmworkers; and E is for Ella Baker, who mentored Dr. Martin Luther King and helped shape the Civil Rights Movement. And the list of great women continues, spanning several centuries, multiple professions, and 26 diverse individuals. There are artists and abolitionists, scientists and suffragettes, rock stars and rabble-rousers, and agents of change of all kinds.