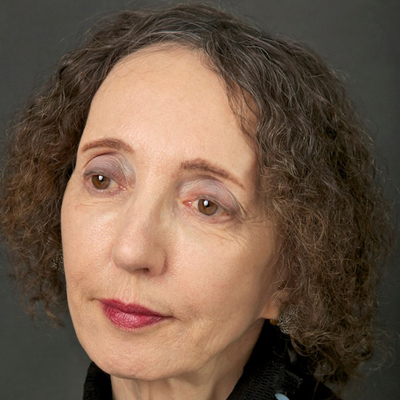 Joyce Carol Oates Oates is the author of such national bestsellers as The Falls, Blonde, and We Were the Mulvaneys. Her other titles include Night-Gaunts and Other Tales of Suspense, The Doll-Master and Other Tales of Terror, which won the Bram Stoker Award for Superior Achievement in a Fiction Collection; and Jack of Spades. She is a recipient of the National Book Award and the 2010 President’s National Humanities Medal. In Oates’ Pursuit (Mysterious Press), less than 24 hours after exchanging vows a newlywed wife steps out into traffic. Then her husband finds clues about what she might be hiding.  Oates is also the editor of New Jersey Noir and Prison Noir and a World Fantasy Award for Short Fiction. As a queenpin of the noir genre, Oates brings her keen eye to the curation of Cutting Edge: New Stories of Mystery and Crime by Women Writers (Akashic Books) an outstanding anthology of 15 brand-new top-shelf short stories (and six poems by Margaret Atwood) that tweaks the conventions.