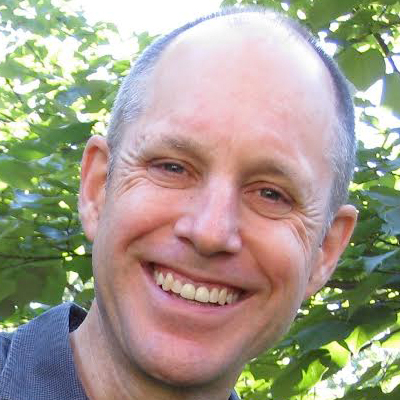 Jim Ottaviani is a New York Times–bestselling author who began writing graphic novels about scientists in 1997. His books include The Imitation Game (a biography of Alan Turing), Primates (a biography about Jane Goodall, Dian Fossey, and Biruté Galdikas), and Feynman (a biography about the Nobel prize-winning physicist, bongo-playing artist, and raconteur Richard Feynman) a collaboration with Ignatz Award– and Harvey Award-nominated author and illustrator Leland Myrick. Ottaviani and Myrick’s Hawking (First Second), is an illustrated biography of Stephen Hawking, one of the most important scientists of our time. As they tell it, from his early days at the St Albans School and Oxford, Stephen Hawking’s brilliance and good humor were obvious to everyone he met. Then, at twenty-one, he was diagnosed with ALS, a degenerative neuromuscular disease. Though the disease weakened his muscles and limited his ability to move and speak, it did nothing to limit his mind. After being told he had only a few years to live, he went on to do groundbreaking work in cosmology and theoretical physics for decades, bringing his intimate understanding of the universe to the public in his 1988 bestseller, A Brief History of Time. He also established himself as a pop-culture icon by playing himself on shows like Star Trek, The Simpsons, and The Big Bang Theory, and becoming an outspoken advocate for disability rights. Publishers Weekly celebrated Hawking: “This smart and wondrously exploratory scientific biography reveals as much about black holes as the man who explored them.”