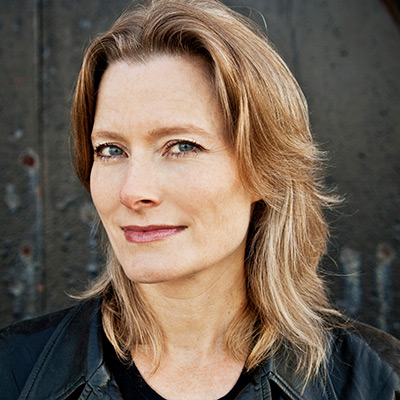 (Egan, Jennifer) Jennifer Egan is the author of five previous books of fiction: A Visit from the Goon Squad, which won the Pulitzer Prize and the National Book Critics Circle Award; The Keep; the story collection Emerald City; Look at Me, a National Book Award Finalist; and The Invisible Circus. Her work has appeared in The New Yorker, Harper’s Magazine, Granta, McSweeney’s, and The New York Times Magazine. With the atmosphere of a noir thriller, Egan’s first historical novel, Manhattan Beach (Scribner), is set in a world populated by gangsters, sailors, divers, bankers, and union men. Set during World War II, Anna works at the Brooklyn Naval Yard, where women are allowed to hold jobs that once belonged to men, now soldiers abroad. She becomes the first female diver, the most dangerous and exclusive of occupations, repairing the ships that will help America win the war. One evening at a nightclub, Anna meets a friend of her father’s, and begins to understand the complexity of her father’s life, the reasons he might have vanished.