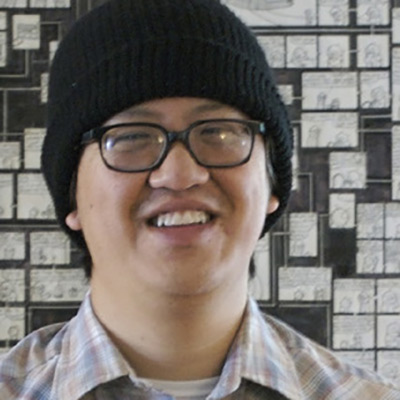 (Shiga, Jason) Jason Shiga was born and raised in Oakland, California. He is the author of Meanwhile, Empire State, Fleep, Bookhunter, and over 20 other comic books and graphic novels. He is also the creator of the world’s second largest interactive comic. Demon is his most ambitious project to date, a four-volume mystery adventure about the shocking chaos (and astronomical body count) one highly rational and utterly sociopathic man can create in the world, given a single simple supernatural power. In the second installment of this series Demon 2 (First Second), the OSS is after Jimmy, and they’re planning on using his daughter to catch him. But Jimmy will tear the world apart to keep his daughter safe. Literally. This morally bankrupt immortal freak of nature has absolutely no concern for the wellbeing of any human being besides himself and his Sweetpea. It’d be adorable if it weren’t so scary.