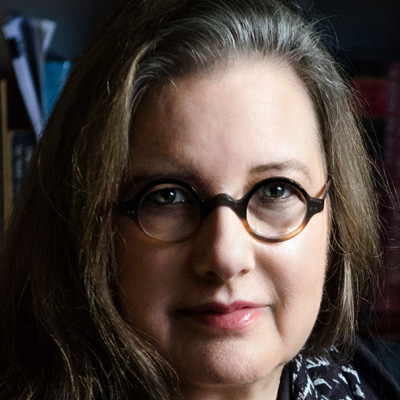 Janet Fitch‘s first novel, White Oleander, a #1 bestseller and Oprah’s Book Club selection, has been translated into twenty-eight languages and was made into a feature film. Her second novel, Paint It Black, hit bestseller lists across the country and has also been made into a film. Her third novel, The Revolution of Marina M., begins an epic journey through the Russian Revolution, which concludes with Chimes of a Lost Cathedral (Little, Brown and Company). The Los Angeles Times calls it, “A Russian fantasy for anyone who’s ever dreamed of meeting their heroes, centuries be damned.” After the loves and betrayals of The Revolution of Marina M., young poet Marina Makarova finds herself alone amid the devastation of the Russian Civil War–pregnant and adrift, forced to rely on her own resourcefulness to find a place to wait out the birth of her child and eventually make her way back to her native city, Petrograd. Shaped by her country’s ordeals and her own trials–betrayal and privation and inconceivable loss–Marina evolves as a poet and a woman of sensibility and substance hardly imaginable at the beginning of her transformative odyssey. Chimes of a Lost Cathedral is the culmination of one woman’s s journey through some of the most dramatic events of the last century–the epic story of an artist who discovers her full power, passion, and creativity just as her revolution reveals its true direction for the future.