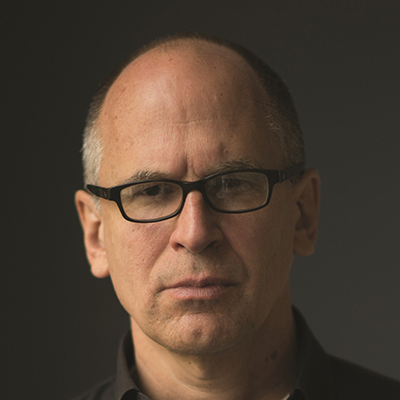 James Oseland is the editor-in-chief of the food magazine Saveur and a judge on Bravo’s “Top Chef Masters.” In his memoir Jimmy Neurosis (Ecco), Oseland writes about being a teenage rebel growing up in a suburb of pre–Silicon Valley, California, yearning for something wild. He found the punk movement, renamed himself Jimmy Neurosis and embarked on a journey into a vibrant underground world. His quest took him from the mosh pits of San Francisco to the pop world of Andy Warhol’s Manhattan, where he learned the glories and unanticipated, dangerous consequences, that comes with testing the limits. In Jimmy Neurosis he brings to life the cocktail of music, art, drugs, and sexual adventure that characterized the end of the seventies and how discovering his own creativity saved his life. Rolling Stone said “Oseland writes this vibrant coming-of-age memoir in an instantly lovable voice, part surly teenager and part sweetly naive dreamer. . . . At times, Jimmy Neurosis echoes Patti Smith’s Just Kids . . . but Oseland tells this story with a poignant style all his own.”