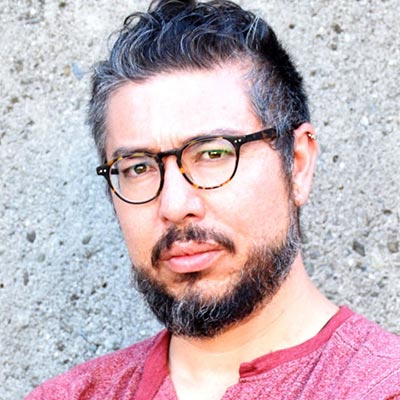 J. Michael Martinez received the Walt Whitman Award from the Academy of American Poets for his first collection, Heredities. His second, In the Garden of the Bridehouse, was published by the University of Arizona Press. He is the poetry editor of Noemi Press, and his writings have been widely anthologized. Museum of the Americas (Penguin Books) is Winner of the 2017 National Poetry Series Competition, selected by Cornelius Eady–an exploration in verse of imperial appropriation and Mexican American cultural identity. Museum of the Americas traces an aesthetic out of racialized scenes of corporeal excess. Hybrid in form, Museum of the Americas voices itself in theory, poetry, and creative nonfiction. Throughout, Martinez questions how “knowledge” of the body is organized through an observer’s visual perception of that body. For Martinez, the corporeal always serves as a repository of the human situation, a nexus of culture. His work revives and repurposes the persecuted ethnic body from the biopolitical appropriations that render it a disposable aesthetic object.