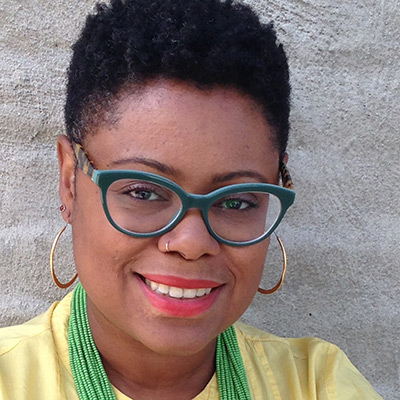 (Zoboi, Ibi) Ibi Zoboi was born in Port-au-Prince, Haiti and immigrated to the U.S. when she was four years old. She holds an MFA in Writing for Children & Young Adults from Vermont College of Fine Arts, where she was a recipient of the Norma Fox Mazer Award. American Street (Balzer + Bray), her first novel, was nominated for the National Book Award in Young People’s Literature. In this stunning debut, the Pushcart-nominated Zoboi draws on her own experience as a young Haitian immigrant, infusing a lyrical exploration of America with magical realism and vodou culture. On the corner of American Street and Joy Road, Fabiola Toussaint thought she would finally find une belle vie—a good life. But after they leave Port-au-Prince, Haiti, Fabiola’s mother is detained by U.S. immigration, leaving Fabiola to navigate her loud American cousins, the grittiness of Detroit’s west side; a new school; and a surprising romance, all on her own. Just as she finds her footing in this strange new world, a dangerous proposition presents itself, and Fabiola soon realizes that freedom comes at a cost. Trapped at the crossroads of an impossible choice, will she pay the price for the American dream?