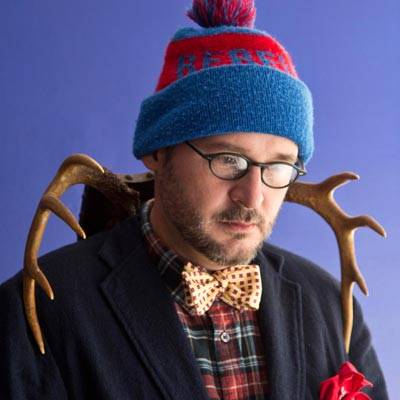 Harrison Scott Key’s writing has been featured, among other places, in The Best American Travel Writing, the New York Times, Outside, The Chronicle of Higher Education, McSweeney’s Internet Tendency, Southern Living, Creative Nonfiction, Brevity, Gulf Coast, and Oxford American, where he is also a contributing editor. He teaches at SCAD in Savannah, Georgia. His first memoir, The World’s Largest Man, won the Thurber Prize for American Humor. Congratulations, Who Are You Again?: A Memoir (HarperCollins) is his most recent book. This funny and wise new memoir from Harrison Scott Key, winner of the Thurber Prize for American Humor, will inspire laughter and hope for anyone who’s ever been possessed by a dream of what they want to be when they grow up. As a young boy in Mississippi, Harrison possessed many special gifts, such as the ability to read and complete college applications. And yet, throughout young adulthood, he failed at many vocations, until one day, after drinking perhaps too many beers and dusting off his King James Bible, he stumbled across a passage about a lonely pelican, which burst into flame inside him. In a mad blaze of holy illumination, Harrison realized his dream: to set the world afire with the light inside him. He would write a funny book. This was his dream. With unforgettable wit and tenderness, Congratulations, Who Are You Again? is Harrison’s instructive tale of pursuing his destiny with relentless and often misguided devotion, transforming his life beyond all comprehension.