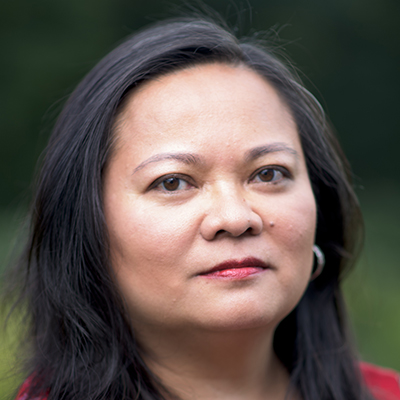 Grace Talusan immigrated to the United States from the Philippines as a child with her parents. She has published essays, longform journalism, fiction and book reviews in publications such as Brevity, Creative Nonfiction, Boston Magazine, Boston Globe, and The Rumpus. In her memoir The Body Papers (Restless Books), Talusan retraces the move with her family to a New England suburb in the 1970s. At school, she confronts racism as one of the few brown kids with a brown face. At home, her grandfather’s nightly visits to her room leave her hurt and terrified. In this debut memoir, Talusan gives voice to unspeakable experience, and shines a light of hope into the darkness. In The New York Times, Jennifer Szalai called The Body Papers “[A] precise, delicately constructed memoir-in-essays. […] Talusan describes such experiences with unadorned prose that conveys a startling specificity…. Talusan has the instincts of a storyteller, teasing out her narrative through images and allusion.”