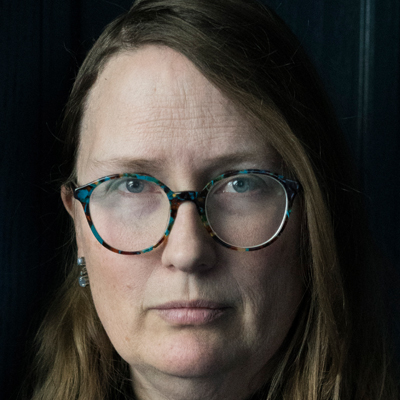 Goldie Goldbloom’s first novel, The Paperbark Shoe, won the AWP Prize and is an NEA Big Reads selection. She was awarded a National Endowment for the Arts Fellowship, and has been the recipient of multiple grants and awards, including fellowships from Warren Wilson, Northwestern University, the Brown Foundation, the City of Chicago and the Elizabeth George Foundation. She is the author of On Division: A Novel (Farrar, Straus and Giroux). Surie Eckstein is soon to be a great-grandmother. Her ten children range in age from thirteen to thirty-nine. Into this life of counted blessings comes a surprise. Surie is pregnant. Pregnant at fifty-seven. It is a shock. And at her age, at this stage, it is an aberration, a shift in the proper order of things, and a public display of private life. She feels exposed, ashamed. She is unable to share the news, even with her husband. And so for the first time in her life, she has a secret―a secret that slowly separates her from her Brooklyn Chasidic community. Goldie Goldbloom’s On Division is an excavation of one woman’s life, a story of awakening at middle age, and a thoughtful examination of the dynamics of self and collective identity. It is a steady-eyed look inside insular communities that also celebrates their comforts.