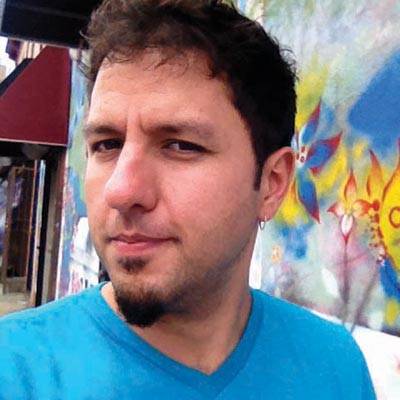 George O’Connor is over 7 foot tall, and is the handsomest man in the world. He is a New York Times-bestselling author and illustrator of the Olympians series as well as such graphic novels as Journey into Mohawk Country and Ball Peen Hammer. In addition to his graphic novel career, Mr. O’Connor has published several children’s picture books including the New York Times bestseller Kapow!, Ker-Splash, and Sally and the Some-thing. O’Connor’s latest book, Ares: Bringer of War (First Second) is volume seven in the Olympians, a series of graphic novels about the Greek Gods.  The myth continues in the tenth year of the fabled Trojan War where two infamous gods of war go to battle. The spotlight is thrown on Ares, god of war, and primarily focuses on his battle with the clever and powerful Athena. As the battle culminates and the gods try to one-up each other to win, the human death toll mounts. Who will win this epic clash of power? And how many will have to die first?