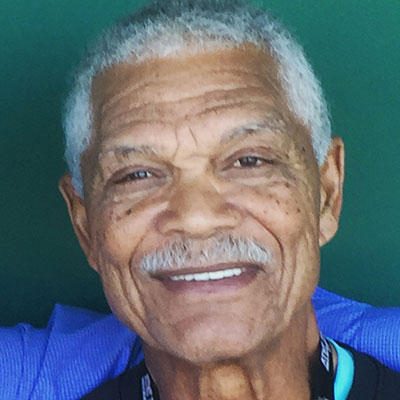 Felipe Alou serves as the special assistant to the general manager for the San Francisco Giants. He is an inductee in both the Canadian and the Latino Baseball Hall of Fame  He is the author of Alou: My Baseball Journey (University of Nebraska Press). Growing up in a tiny shack in the Dominican Republic, Felipe Alou never dreamed he would be the first man to go from his country to play and manage in Major League Baseball and also the first to play in the World Series. Battling racism in the United States and political turmoil in his home country, Alou persevered, paving the way for younger brothers Matty and Jesús and scores of other Dominicans. Alou played seventeen years in the Major Leagues, accumulating more than two thousand hits and two hundred home runs, and then managed another fourteen four with the San Francisco Giants and ten with the Montreal Expos, where he became the winningest manager in franchise history. Publishers Weekly  writes, “This is a powerful memoir of a remarkable player who made a lasting impact on America’s pastime.”