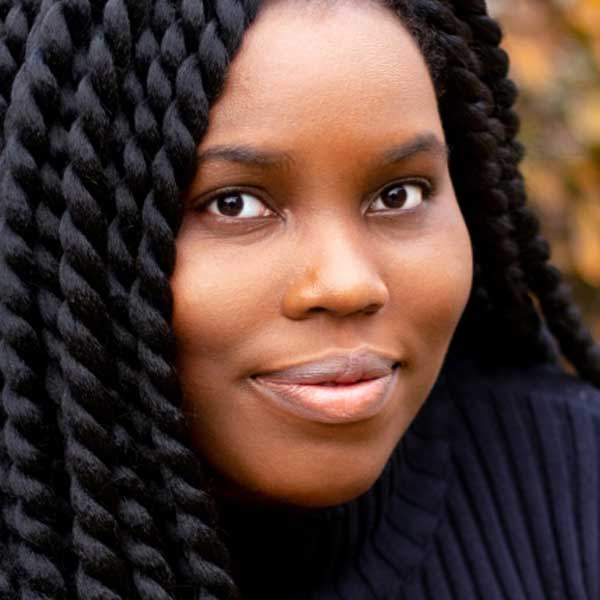 Faridah Àbíké-Íyímídé is a writer from South London who has dreamed of writing books about Black kids saving (or destroying) the world all her life. In the young adult thriller Ace of Spades (Feiwel & Friends) – her debut novel – classmates Devon Richards and Chiamaka Adebayo have just been selected to be part of their elite private academy’s senior class prefects. It’s great news for their plans for the future, but soon after the announcement someone calling themself “Aces” begins using anonymous text messages to reveal secrets about Devon and Chiamaka that turn their lives upside down – and threatens all their aspirations. Both students are at different stages of their queer identity. Devon, a musician, can’t escape the spotlight when his private photos go public. Chiamaka, a rich, popular girl, isn’t afraid to get what she wants, but soon everyone will know the price she has paid to get it. Aces shows no sign of stopping, and what seemed like a sick prank at first quickly turns into a dangerous game. Can Devon and Chiamaka stop what’s happening before things become incredibly deadly? Publishers Weekly noted that “Àbíké-Íyímídé excels in portraying the conflict of characters who exist in two worlds … Devon and Chiamaka are dynamic and multifaceted, deeply human in the face of Aces’ treatment.”