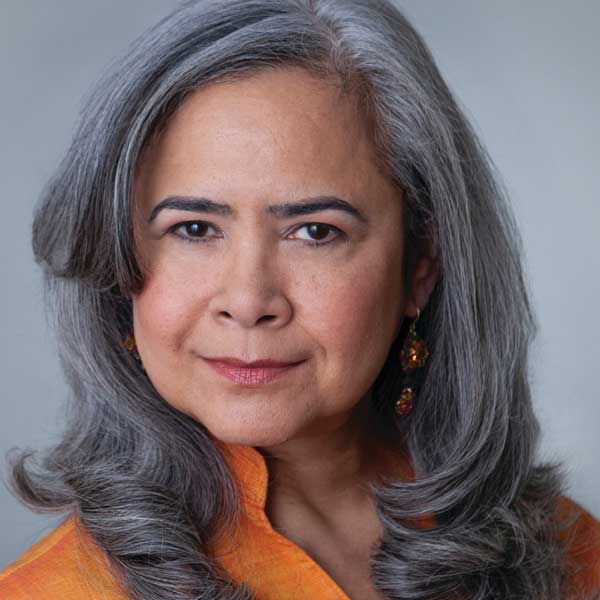 Esmeralda Santiago was born in San Juan, Puerto Rico; she came to the United States at 13. In 1977, she and her husband, Frank Cantor, founded Cantomedia, a film and media production company which has won numerous awards for excellence in documentary filmmaking. Her writing career evolved from her work as a producer/writer of documentary and educational films. Santiago has written three real-life accounts: When I Was Puerto Rican: A Memoir, Almost a Woman: A Memoir, and The Turkish Lover: A Memoir. Her debut novel, América’s Dream, was published in six languages. She is also the author of the illustrated children’s book, A Doll for Navidades, and is co-editor, with Joie Davidow, of the anthologies Las Christmas: Favorite Latino Authors Share Their Holiday Memories and Las Mamis: Favorite Latino Authors Remember their Mothers. Her essays and opinion pieces have appeared in The New York Times, The Boston Globe, House & Garden, Metropolitan Home, and Sports Illustrated, and she has provided guest commentary on NPR’s All Things Considered and Morning Edition.