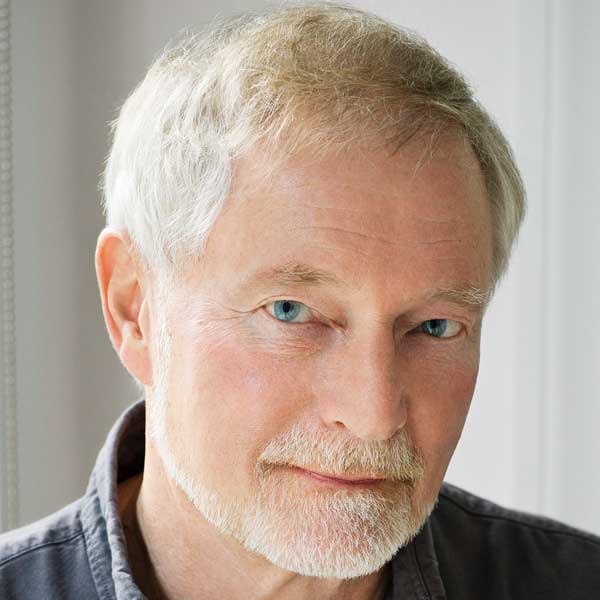 Erik Larson’s eight books have been published in nearly 20 countries, and six are New York Times bestsellers: The Splendid and the Vile: A Saga of Churchill, Family, and Defiance During the Blitz; Dead Wake: The Last Crossing of the Lusitania; In the Garden of Beasts: Love, Terror, and an American Family in Hitler’s Berlin; Thunderstruck; The Devil in the White City: Murder, Magic, and Madness at the Fair That Changed America – a finalist for the National Book Award – and Isaac’s Storm: A Man, a Time, and the Deadliest Hurricane in History. No One Goes Alone: A Novel (Random House Audio), his debut in fiction writing, is a ghost story grounded in history. In 1905, researchers led by psychologist William James sail for the Isle of Dorn in the North Atlantic to explore the cause of several mysterious disappearances, most notably a family of four that vanished without a trace after a weeklong holiday there. The idyllic setting they find belies an undercurrent of danger and treachery. Raging storms and unsettling discoveries add to the sense of menace. As increasingly unexplainable events unfold, the now-stranded investigators are unsure whether they can trust their own eyes, their instincts, one another – or even themselves. Created specifically to entertain audio listeners, Larson’s No One Goes Alone is a terrifying tale of suspense underpinned by actual people and events.