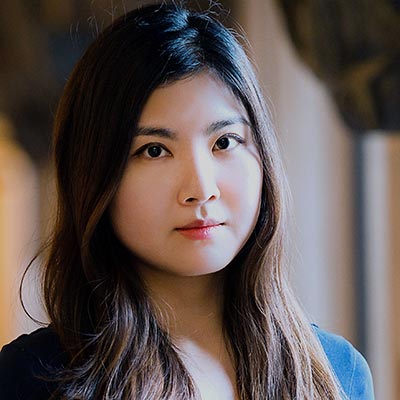 Emily Jungmin Yoon is the author of Ordinary Misfortunes, the 2017 winner of the Sunken Garden Chapbook Prize by Tupelo Press. Yoon received her MFA in Creative Writing at New York University. She has been the recipient of awards and fellowships from Ploughshares’ Emerging Writer’s Contest, AWP’s WC&C Scholarship Competition, and the Poetry Foundation, among others. Her poems and translations have appeared in publications including The New Yorker, POETRY, The New York Times Magazine, and Korean Literature Now. She currently serves as the Poetry Editor for The Margins, the literary magazine of the Asian American Writers’ Workshop. Her most recent book, A Cruelty Specific to Our Species (Ecco) is a piercing debut collection of poems exploring gender, race, and violence. In her arresting collection, urgently relevant for our times, poet Emily Jungmin Yoon confronts the histories of sexual violence against women, focusing in particular on Korean so-called “comfort women,” women who were forced into sexual labor in Japanese-occupied territories during World War II. In wrenching language, A Cruelty Special to Our Species unforgettably describes the brutalities of war and the fear and sorrow of those whose lives and bodies were swept up by a colonizing power, bringing powerful voice to an oppressed group of people whose histories have often been erased and overlooked.